Still not sure what you need?

Still not sure what you need?

On the 1st of May, Craig ‘Spider’ Richards showed the world his ability to fight on the world stage. Although his opponent Dmitry Bivol came out on top via a points decision, Richards displayed world-class boxing. We spoke to him a fortnight after the fight to find out what he thought about the fight, how he was recovering, and what the future holds.

“I have just been resting the body. I am not really liking it. I just want to get back on it”.
“I am starting to tick over now though I haven’t started again properly yet. In a couple of weeks I will go back into camp”.

Craig Richards is experienced enough to realise the necessity of some time off. He told us that his body was pushed to the limit and not giving himself time to recover would have been disastrous. Some time off also has helped Richards to lessen the sense of isolation felt by sports stars around the world.

“I did get to see some of my family. It was good because I didn’t really great to see anyone during training”

“When you get to world level they hit harder, they are stronger, and their fitness is better. All my questions had been by the 2nd half of the fight and I was able to press a bit more”.

“I showed my endurance, he began to fade towards the end but I was always coming on more. I think I could have carried on for a few more rounds”

“I showed good punch resistance in the early rounds. Bivol punches early and I got caught a few times, but it had zero effect on me. It shows my chin is world-class”. 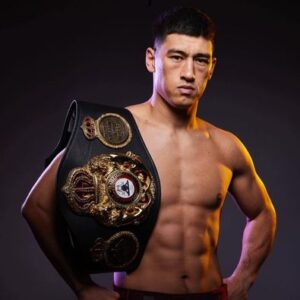 “I thought I was ahead which became the difference in the fight. I picked up the gears about around late and could not recover points from the previous rounds”.

Any large step-up in competition level is an opportunity to learn. Richards has taken this opportunity. He hopes to bring a similar approach of gruelling training in the months leading up to future fights.

“I showed that my training worked 100%. To go better than the world champion towards the end of the fight showed the strength of my training”.

Richards is set to take his experience into future fights, which are certainly in the pipeline. Richards was not at liberty to confirm anything yet, but he was able to tell us that his team has “Spoken about a couple of good opportunities that have been offered to me already. We just need to get things arranged”.

Craig is a humble fighter with an excellent character, he took the opportunity to thank his supporters and sponsors when asked if he had any final thoughts on the fight.

“I am really grateful and thankful to my sponsors for really helping me and supporting me, They are much more than just a sponsor”.

Richards may have had a setback against Bivol but that fight is not the last the world will see of him. Richards knows how far the fight pushed forward his own capabilities and pushed him into the limelight. He undeniably provided some of the most technically excellent boxing on the best boxing night this year. Richards will go on to do the same again soon, pushing his career to even greater heights.

Be sure not to miss out on the latest article about Craig Richards, which analyses Craig’s next big fight after the Bivol fight.

Be sure to read about some of his other fights and our chat with him.

We are also proud of Craig as he is a person who wishes to give back, just as we do.

Be sure to check out this example of Craig giving back: