Richards Responds to Setback in Style

Is there anything more frustrating for a boxer than to have their opponent withdraw close to the beginning of a fight? That's exactly what happened to Craig 'Spider' Richards who was told his scheduled opponent, Jake Ball, had pulled out of the fight at the last minute.

Ball suffered a hand injury and was very disappointed to miss out, saying, "I'm gutted to announce that due to picking up an injury in the final preparations of my camp for October 27, it has forced me to withdraw from my fight this weekend".

However, that left Richards with a problem. The Spider trained hard for this fight, with his opponent in mind and was geared up ready to do a job on Ball.

Some of that work went out of the window when it was announced Ball would not be fit to fight and Richards was left without an opponent. Step forward Michal Ludwiczak, a 24 year old boxer from Poland. The light-heavyweight was stepping into the ring on the back of a win in Budapest just a week before, stopping Mark Tamas Cserepes with a technical knockout in the first round.

So, despite being a late replacement, Ludwiczak was feeling confident following his win and has previously fought on British soil, when he lost to Hosea Burton in Manchester back in 2016.

There was a lot for Richards to get his head around as he made his way to the ring. A new opponent, one he had not prepared to fight and the frustration of the big fight cancellation boiling up inside him.

It was clear from the first bell that Richards was not a happy man and unfortunately for Ludwiczak, he was the person on which Richards' frustration would be taken out. The Spider wasted little time getting to work and had the Pole on the canvas in the first round. Some onlookers thought it could have been a slip and if there was a little doubt over the decision to rule it a knockdown, there was no doubt over the knock down blow in the second round.

Richards stepped up the pace and power in the second round of the fight and knocked down Ludwiczak with a short left, which followed a blow with the right hand that had the Pole down on one knee. The referee could not let the fight continue as Richards took total control and it was stopped in the second round.

This was not the fight Richards was hoping for but the way he dealt with the news of Ball's injury and stepped up to deliver is a sign of great mental strength. It would have been easy for Richards to let his mind wander to what should have been instead of concentrating on the job in hand, but Richards remained focused and produced a good night's work.

Thoughts will now turn to what lies ahead for Richards and there must be a title shot just around the corner. 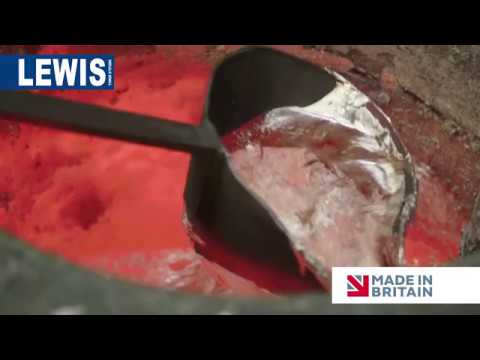